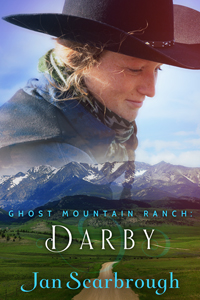 Sometimes a simple suggestion leads to a two-year writing project. That’s what took me and my character Hank from the setting of the McKenna Ranch in Paradise Valley, Montana, into Gallatin Canyon which is across the mountain. It didn’t hurt that my husband and I had spent three days at the Covered Wagon Ranch in 2016.

To gather the back story for my series, I read a few books. One had the long title of Days of Rage: America’s Radical Underground, the FBI, and the Forgotten Age of Revolutionary Violence by Bryan Burrough. I’m not going to say any more about the back story, because it will ruin the plot.

So, now my series is finished. I wrote the lead in book in 2017. At the end of the Christmas story, Hank, the McKenna’s wrangler, gets a job at Ghost Mountain Ranch where he grew up. This sets the scene for reuniting with his old girl friend Darby. They’re older now and both need second chances.

Darby’s twin children “star” in the other two books. Slade, the first of these books is on preorder, and the last one Kelsey will be available soon. 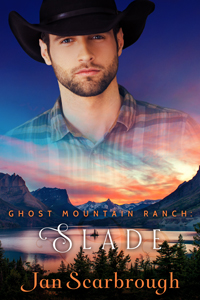 Thirty years ago, torn by shock and guilt over the death of her mother, Darby York fled the dude ranch where she’d grown up in Montana. In her new life in the bluegrass of Kentucky, she’d become a horse groom, an artist, married a wealthy Thoroughbred owner, raised twins, and been widowed. But now, with word her father is growing feeble, Darby has to finally face the truth: no matter how far you run, the past has a way of catching up. Her father hadn’t been the only man Darby had left behind. Would the boyfriend she’d abandoned still be there?

Hank Slade, wrangler at Ghost Mountain Ranch, has never stopped carrying the torch for Darby. Her vibrant red hair may be tinged with gray now, but the natural, unsophisticated look about her remains—a look that speaks of home and comfort to Hank. But is he willing to risk his heart with Darby again?

What is the truth behind the death of Darby’s mother? When the past once again intrudes on the present, will Darby do what she’s always done—what her mother did—and run away? Grief and secrets had torn Darby and Hank apart once. Given a second chance at love, will the revelation of more shocking secrets from the past destroy their hopes for the future? 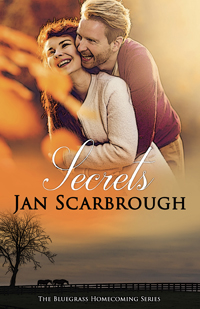 My book Secrets is FREE on KindleUnlimited today through Saturday!