WRITING A SERIES AND WORLD BUILDING 101

Remember the exhilaration of finding a book you love and discovering it's part of a series? Like most readers, I love that. As an author, another heady feeling is to receive a message or email from a reader asking if a certain character will have his/her own book. Hooray!

In addition to my love for writing is the love of writing connected books. World building is necessary. If the series is longer than three books, I make a town map so I keep businesses and homes in the right spot. Nothing elaborate is required. I use a piece of cardboard saved from new shirts my husband has received. I've also used a sheet of printer paper.

An author with whom I'm acquainted mentioned that in her studies at the University of Texas in Austin, one of her classes was in world building. I was amazed there was an entire semester devoted to the subject. Think of this as your World Building 101 Mini-Course, no fee or registration required.

To begin, create a bible of each character. I don't mean with a page for each person unless you are so thorough you find a photo to represent your character and create an entire life and background for the character. Keep in mind the time you invest in background is time you're not writing.

I list the name and a brief description. Start with the main characters but add every character as he or she steps into the story--name, age, hair and eye color, occupation. Don't skip anyone because you may need them later and be unable to remember details.

One author I know asked a fan to reread several of her earlier books and discover a character's eye color. She remembered the name but not in which book he appeared. Annoying.

Locate the main businesses. You can't have the bakery next to the law office in one book and then have it between the hotel and the barbershop in the next. Readers, at least some, will remember.

Let's talk names. One thing of which I'm guilty unless I am diligent is having character names beginning with the same letter. This is confusing for the casual reader. Don't have Colin and Cody as characters unless they're twins. For some reason, if I don't pay attention I have several characters whose names begin with D and with M. 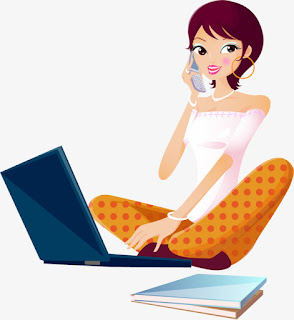 Decide whether you have an obstacle in each book that is resolved or whether, along with that, you have a recurring villain in your series. I prefer stand alone books in the series. While readers enjoy meeting characters from previous books, I don't want anyone to believe she/he has to start with book one in order to understand book five. Also, I don't want the suspense killed when someone reads the last book and decides to start at the first of the series.

If you write more than one series, be careful not to reuse the names. I love the name Elizabeth and its variations. I have a Beth in at least two books and a Bessie and Betsy. When I write historical novels, I use family names of that period. Oops, that's why I ended up with a Riley in two books of different series. Now I keep up with which names I've already used in books.

What heat level are you writing? All the books in the series should have the same heat level. Lately I have been writing sweet novels where the bedroom door is closed. That's not for everyone. Steamy, hot, sweet--if doesn't matter as long as you're consistent within the series.

Go forth and create! 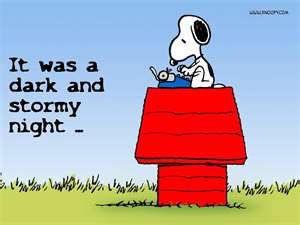 *The example above is from A BRIDE FOR GIDEON, Proxy Brides Series, book 16, available at the Universal Amazon link:  http://mybook.to/Keira 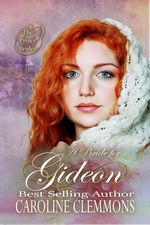 Since this is my first post to Romance Gems, here's my bio so you know who I am.

Through a crazy twist of fate, Caroline Clemmons was not born on a Texas ranch. To compensate for this illogical error, she writes about handsome cowboys, feisty ranch women, and scheming villains in a tiny office her family calls her pink cave. She and her Hero live in North Central Texas cowboy country where they ride herd on their three rescued indoor cats as well as providing nourishment outdoors for squirrels, birds, and other critters.
The books she creates in her pink cave have made her a bestselling author and won several awards. She writes sweet to sensual romances about the West, both historical and contemporary as well as time travel and mystery. Her series include the Kincaids, McClintocks, Stone Mountain Texas, Bride Brigade, Texas Time Travel, Texas Caprock Tales, Pearson Grove, and Loving A Rancher as well as numerous single titles and contributions to multi-author sets. When she’s not writing, she loves spending time with her family, reading her friends’ books, lunching with friends, browsing antique malls, checking Facebook, and taking the occasional nap.
Email caroline@carolineclemmons.com