The great “Digital Disruption” that significantly altered the publishing industry also had a dramatic effect on individual authors. The pivotal year was 2011, and I was one of the fortunate authors to get in at that ground-breaking time. In addition to making the move from New York publishing houses to indie publishing that year, I went from writing hot to . . . writing sweet.

When I broke into publishing in the 1990s, the only lines publishing “sweet” romances were the slender little Harlequin Romance and a handful of slender traditional Regencies. Many other houses were publishing a much meatier historical romance set during the Regency period. These featured a number of sex scenes, and these could be pretty darn sexy. These were called Regency-set historicals, and advances for these were typically two to four times as much as they were for traditional Regencies. I chose to write these.

Over the next few years I made ten sales to four lines at two New York publishers. All except for one novella were pretty “hot.”

For reasons out of my control, there came a lull in my career. I now realize it was the best thing that ever happened to me. I had breast cancer. A hurricane destroyed my house. My publisher was on a buying hiatus.

Then Kindle sales went crazy. Self publishing lost the stigma it once had. I knew people who’d never been able to sell a book who were making more money self publishing than ever I’d made in New York. I started my indie career with four backlist titles for which I’d gotten back my rights. They did very well.

Then I started publishing original work. My first year I sold 100,000 books.  My first full tax year I paid more in federal income tax than I had earned in ten years selling to New York publishers.

Because I could now write to please myself, I chose not to write full sex scenes. When a story called for a sex scene, I closed the bedroom door. Oftentimes, I would continue a series I had started in New York, where the first books in the series were hot, hot, hot. And the new self-published books were not, not, not. And guess what? The readers never complained. Not one reviewer ever pointed out the difference! 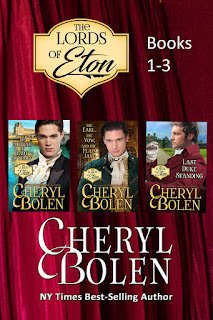 I still have sexual tension. Heroes still notice the heroine’s breasts. The heroes still get aroused. Married couples have sex—behind closed doors. Most of the time, I don’t have premarital sex. But remember, I do write historical. Two of my entirely indie series with no on-the-page sex scenes are my Regent Mystery series (which has a romance in each book) and my Lords of Eton. All of my other series are hybrids, that is, they started with traditional publishers and I finished them with my own imprint, so each of my other historical series starts out spicy and ends up sweet! 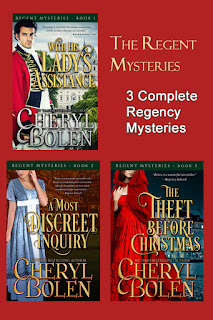 In this new age of digital publishing, we indie authors are changing things. My friend Anne Marie Novark self published a bunch of sexy ranch stories. Then she went back and rewrote those same stories in sweet versions. This way, she suits readers who like their books spicy as well as those who like them sweet.

Historical author Lauren Royal started her career with three trilogies originally published by Berkley. After the rights reverted to her, these have been perennial indie bestsellers. Now, her twentysomething daughter Devon Royal has rewritten each of the books in a sweet version. Each book by the mother-daughter team has been retitled and seeks an entirely different audience than the original sexy ones.

The great Digital Disruption has given authors financial, creative, and managerial career opportunities we never would have dreamed of as recently as ten years ago. It’s a great time to be self publishing—especially for those of us fortunate enough to have gotten our foot in the door in that glory year of 2011.—Cheryl Bolen is the New York Times, USA Today bestselling author of 40 published books, most of them set in Regency England. Her newest release is A Duke Deceived, a re-release of her first published book (which is very sexy). Her January release was Last Duke Standing, which was sweet.