Do you remember the children's book Where's Waldo?

Lately, I feel as if I could star in Where's Joan, my version of that adventure book.

I've been in Louisiana at my older brother's farm where I was staying to take care of my sister-in-law after her second major surgery.

I've been at more hospitals and doctors' office than I can count as I shepherded her and my brother to appointments.

I enjoyed the time spent with my brother and sister-in-law because, like most families, we see each other most often during the holidays.

The drive home was long, but I enjoyed the scenery of wildflowers. Louisiana has red clover blooming along most highways. When I reached Texas, I was treated to the first bluebonnets of the season.

April is one of my favorite months because of all the wildflowers blooming along Texas roadsides. Most people have heard of bluebonnets, our state flower.

Not as many are acquainted with the other colorful flowers that begin blooming in March with different flowers popping up from spring and into the heat of summer. 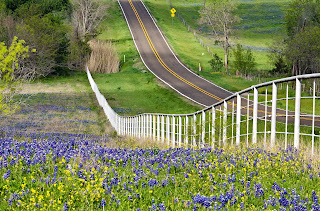 Blue Bell ice cream took its name for the Texas flower of the same name. The story goes that the Blue Bell Creamery was built in a field of bluebells.

March begins the azalea parade in Houston. Just about everyone grows azaleas in their yards, and the Azalea Trail Tour is an annual event where you can visit gardens that would make Monty Don, England's Master gardener, weep with joy! 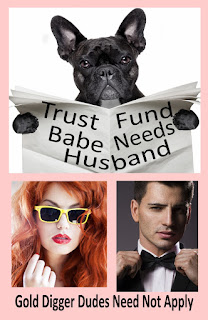 In April Fool Bride, a Contemporary Marriage of Convenience Romance, Maddie Quinn is trudging through the gray slush of melting snow in New York and wishing she were home where the azaleas were blooming.

But Maddie is a woman with a mission. She needs to be married by the time she turns 25 in order to take control of her trust fund.

Mad Maddie, as the tabloids christened her, learned the hard way that men only see dollar signs when they look at her. She's decided the perfect solution is a marriage of convenience.

The man she chooses is the only one she thinks she can trust. He was her only friend when they were growing up together.

Jake Becker hasn’t seen Maddie since the night she tried to seduce him. Why should he agree to help the woman who changed the course of his life? 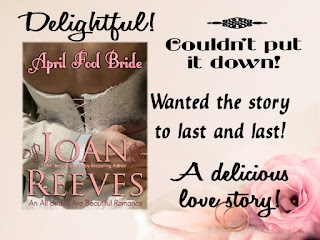 Or is it something else?

Something that sizzles like steam heat between Maddie and Jake that neither can resist?

April Fool Bride is Book 1 of All Brides Are Beautiful.

This funny, sexy romance is a free read if you're a Kindle Unlimited subscriber. 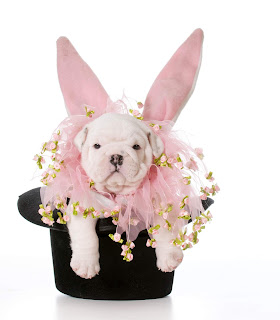 If you haven't seen the details on this month's Easter Egg Scavenger Hunt you can check out all the information, including how to enter, on the Monthly Giveaway page at the top of the blog.

I'm participating, and you can gather Easter Eggs at one of the following web locations:

Sign up for my newsletter/mailing list, and be the first to know about new books and giveaways.
at Saturday, April 06, 2019