It may be Summer but my focus is on Winter! by Peggy Jaeger

It's been wicked hot here the past few days in my little corner of New England, but my thoughts have been concentrated on days where the temps are in the 20's! No, I'm not experiencing some odd reverse hot flash. I've been working on my Christmas romcom and getting it ready to unleash into the holiday book reading world!

Just like magazines put together their spring collections the previous summer and their holiday model shoots in July, writers need to pen seasonal and holiday books waaaaaaaaaaay before the joys of the season descend. For me, that means writing a Christmas love story in June/July/August when snow and carols and Christmas trees are the furthest things from my mind.

This year, my holiday Romcom is another San Valentino entry, and this time it's the Aunt Gracie branch of the crazy-family-tree. If you've ever read any of my San Valentino books, you know Aunt Gracie is the member voted least likely to be a member of Mensa.

And that's not being mean. Gracie has a heart of gold but she tends to say inappropriate things at the worst of times. Gracie's daughter, Madonna,  who -admittedly - is much smarter than her mother, is the central actor in the current book. 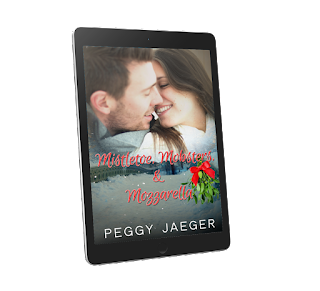 Finding a body in the freezer of the family deli isn’t the way Madonna San Valentino planned to start her day.

Adding insult to injury, the investigating detective is the one guy she’s never been able to forget. After seven minutes of heaven in the back seat of his car when they were teenagers, Tony Roma skipped town without so much as a thanks for the memory.

Just when Madonna thinks the present situation can’t get any worse, Tony is ordered to go undercover at the deli to ferret out a killer. Forced to work together, she vows to keep their relationship cool and professional. But with the sexy, longing looks he tosses her at every turn, Madonna’s resolve is weakening.

With Christmas drawing closer and Tony’s investigation taking an unexpected turn, Madonna is at her wit’s end. Can she really be falling for him again? And will he wind up leaving her broken hearted and alone like the last time?

Intrigued? Here's the opening to whet your appetite some more:
Advice for surviving in a big Italian family: Never let them see you sweat.

The moment I arrived at the deli I knew something was wrong.
The back door stood opened and unlocked, two things my obsessive/compulsive father made sure never happened.  Since I was the first one to arrive every morning at the crack-ass of creation, and had to plug in the security code on the wall box in order to gain entry to the store, the door should have been locked and alarmed.
My daily bread delivery, courtesy of my cousin Regina and her bakery, sat outside the door in a large wooden crate. After grabbing it I hip checked the door wide open.
The second sign something was amiss were the lit lights in the entrance hallway. I arrived at work when it was still dark no matter if it were Daylight Savings time, or Standard, and I routinely had to fumble to find the wall switch and illuminate the back end of the deli.
Not today.
And then there was…the smell.
I’ve been around raw meat my entire life.  I grew up in my mother’s kitchen and I’ve worked in the delicatessen my father owns and operates since I was ten years old. The aroma of animal blood is as recognizable to me as my mother’s knock-off L’air du temps. Although, admittedly, mama’s perfume smells way better.
The scent filling the air this morning was…wrong.
“Hello? Is someone here?”
An eerie sense of quiet surrounded me. I put the bread crate down on the linoleum floor and crept along the corridor leading to the front of the store. I slid my hand across the wall, my huge purse positioned in front of me like Wonder Woman’s golden shield of protection.
Being the oldest of six kids and the only girl in the mix, it takes a lot to scare me.
My brothers are, each and every one of them, a pain in the ass to their cores and I’d grown up the victim of their arguably stupid shenanigans too many times to count. Cooked linguini placed in my bed to look like worms; a farting cushion placed on my chair at the dinner table; toothpaste spread on my school lunch sandwich instead of peanut butter. More times than I could remember one of them would hide in my closet then jump out at me when I least expected it. Anything and everything dumb and dumber they could think up to annoy me, they’d done. And still did to this day if they thought they could get away with it. Chronological maturity hadn’t made its way to their brains yet and they all still acted like little boys when it came to infuriating me.
This spine tingling sense of unease rippling through me didn’t feel like one of their usual pranks.
But with my brothers, you never know.
“I swear on all that’s holy, Giacomo,” I called out, naming the brother voted most likely to do something moronic, “if this is some dumbass attempt to scare me, I’m gonna make you suffer.”

Hopefully that will intrigue you to consider purchasing the book when it goes on sale in October. Until then, we suffer through summer.

One thing that may make the long, hot days tolerable is the new release from 14 members of the Romance Gems, LAST CHANCE BEACH - Summer's End 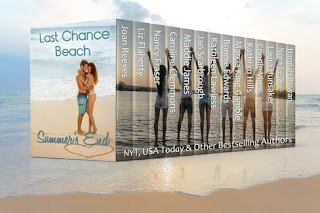 And don't forget to enter our monthly drawing: Just comment with the answer to the following question and make sure you include your email address in the answer:
What's your favorite Holiday Movie of all Time?
Mine? Love, Actually
now you... 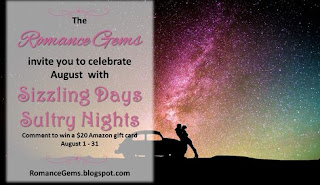