Elkhorn In The Moonlight by @Constance Bretes #RomanceGems 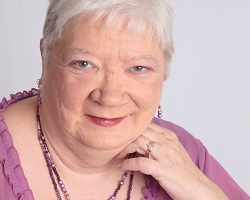 Before I moved to Alabama last Spring, I lived in a tiny little town called Basin, in Montana. The population was about 250 people. I made some really nice friends there, and a few of my friends became my readers who enjoyed reading my romance books. They asked me if I’d consider writing a romance centered around a small town in Montana, like Basin.

Basin sits in a valley at 5,700 feet surrounded by mountains. Off to the north of Basin sits Boulder, Montana, and Elkhorn Mountains. Basin is also known as a miner’s town. At one point, there were three mines in operation, searching for gold and silver, and the town grew to over a thousand residents. When the mines dried up, it reduced the population, and left some empty buildings in its wake. Some of those empty buildings were at one time, considered brothels. The only things now operating in Basin, is a pizza place, a restaurant and bar, a post office, two radon mines and a grade school.

In addition to all this, there is a railroad tunnel that went through Basin. The rail track actually at one point, came from Helena and traveled down to Butte. The rail tracks are long gone, but the tunnel remains. Not too far from Basin, is a ghost town called Comet. The pictures attached are the Comet mine, and the old tunnel that is in Basin.

The story, Elkhorn In The Moonlight, was generated from this information. I changed the name of the town to Mason, and I added one more business to the town, a small motel, which I situated at the same location of what is now currently called Earth Angel Radon Mine. A few of the characters represented are some of the residents that lives there, including my husband and I, but all the names are different. The restaurant and bar, along with the pizza place, the post office and the school are in the story, as well as the three mines. Everything was renamed so to not put anyone on the spot or violate anyone’s privacy.

While I loved it in Basin, I had a serious problem with breathing and ended in the hospital in Helena, three times with hypoxia, and bronchitis. A few doctors felt that I had COPD and Asthma. The hospital, St. Peter’s, is in Helena, and also plays a part in my story. I received excellent one-on-one care there.

My favorite place to hang out was the Silver Saddle Bar and Restaurant, with the owner there. At the time of the writing of this book, Mr. Hale was still alive, but had since past away and it is now run by Gail, his wife. The bar and restaurant was a great place to hang out and meet your neighbors. They included us in their lives right from the get-go, and was always offering information, suggestions, or directions.

This book, Elkhorn In The Moonlight, is dedicated to my friends at Basin, Montana. Without them, the story would have never been written.

Elkhorn In The Moonlight 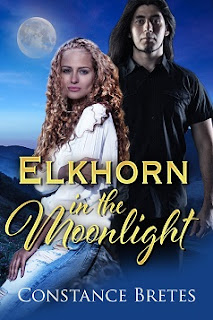 The search for stolen Sacred Arrows leads to much more.

Marcus Blackhawk is on a mission to locate the Sacred Arrows that were stolen from the Cheyenne Nation. When he learns that someone has seen the arrows he leaves immediately to track the person down and get more information.

Nicole Lancaster ekes out a living in a small town by helping her brother run a motel and working part-time in a restaurant. Her mundane life suddenly becomes more exciting when Marcus arrives in town asking about some arrows that she came upon years ago while hiking in the Elkhorn Mountains. The gorgeous man makes her heart beat fast, but she knows he’d never be interested in a Plain Jane like herself.

When Marcus offers Nicole a large sum of cash to lead him to the cave where she saw the arrows, she takes him up on the offer. After a three-day hiking trip through the mountains they locate the cave, but then the unthinkable happens, and they find themselves trapped inside. As they wait, hopeful they’ll be rescued, they give into the passion that’s been simmering between them.

Will help arrive in time to save them? And if so, can their night of passion ever be anything more? Marcus has no interest in an actual relationship, and Nicole wants the whole nine yards.