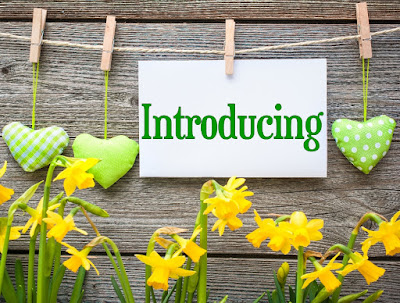 Karen Whiddon has been in a group blog with me since 2016.

I'm so pleased she stayed with us during the transition to Romance Gems because she truly is a Gem of an Author.

Before I tell you more about Karen, I want to remind you of our giveaways.

Click here to enter the Rafflecopter for a chance to win a Kindle Fire and Ebook Gift Bundles.

To enter COMMENT & WIN Weekly Giveaway, just leave a comment on this post, or any of the posts throughout February, with your email address written out, i.e. Mary at yahoo dot com. The more comments you make; the greater your chance of winning.

Karen spun fanciful tales for her younger brothers as early as the age of eleven.

Growing up in the Catskill Mountains of New York, then the Rocky Mountains of Colorado, she found enough magic in the rugged peaks to keep her imagination fueled for years. Now she makes her home in North Texas and shares her life with her hero-like husband and four doting dogs. In her spare time, Karen volunteers for Legacy Boxer Rescue, Inc. 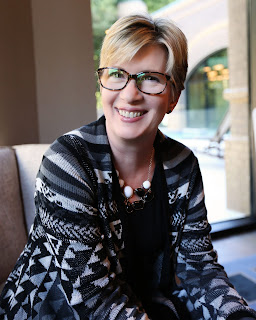 Karen's Story: How I Became a Writer

How did I become an author? Back in the late 80's, I was diagnosed with cervical cancer and had to have a hysterectomy.

During the 8 week recovery period, I used an old electric typewriter I'd purchased at a garage sale and typed out my first book. Single spaced.

I didn't know any better. I used white-out to fix errors and sent that book in to Harlequin, my dream publisher.

Over the course of the next 3 years, they sent revise and resubmit letters, and I revised and resubmitted. After 3 years and many versions later, they ultimately rejected it for being "too similar" to other books they had in the line up.

I wrote 5 complete manuscripts after that, over a period of 9 years while working full time. They were all rejected. I joined a large critique group, RWA, and my local chapter. I attended workshops, seminars, conferences, and read writing books. I learned, learned, and learned. 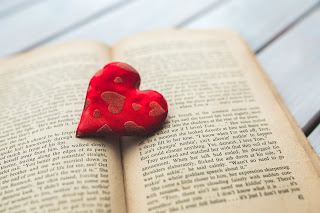 Finally, in 1996, I sold to Kensington Precious Gems. I used that advance to buy my first laptop - an open box item - and wrote 4 more books for them.

Meanwhile, I worked on the book of my heart, a Time Travel Faerie romance. When Dorchester called to buy it, I cried.

That book, Soul Magic, went all the way to #1 on Amazon! Again, I wrote 4 books for them, obtained an agent after the first sale, and continued learning.

Finally, in 2003, I sold to Harlequin. I was ecstatic. My 45th book with Harlequin comes out in April 2019. It will be my 55th book overall.
Now, I'm getting some rights reverted and dipping my toes into the self-publishing waters. I'm excited and nervous, all at once. 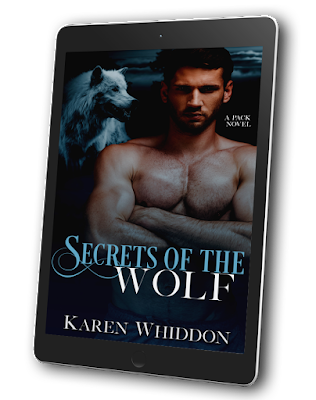 Secrets of the Wolf, Winner of the Romantic Times Best Silhouette Romance, is a book with a cover I love.

Brie Danzinger returns to her birthplace wanting answers. Her childhood memories are hazy, but she knows her mother was murdered and the killer was never found.

She discovers a family she'd never known—and is immediately attracted to the secretive police chief Reed Hunter. He has secrets he won't share and she's not sure if they are about her mother or more personal.

Upon meeting Brie, Reed can't deny the craving. But he's a shape-shifter, a member of the Pack. And his family carries a curse that could mean her death. He vows to keep her safe and protect her, but he cannot save her from the truth about herself.

Readers, Karen's award-winning romance, Secrets of the Wolf, is a free read if you're a Kindle Unlimited subscriber, or buy it for only $2.99, and keep it forever.

Thanks for visiting with us today. Remember, enter the Rafflecopter embedded below and leave a comment with your email addy to enter Comment & Win.