When I worked at the post office, and even after I retired, I often dreamed about work. It didn't bother me--my job was an important part of my life; I also dreamed about my husband, my kids, and the seven perfect grandchildren who took over great chunks of my heart.

But I never dreamed about writing, even at the most exhilarating times (new contract, new release), the most frustrating ones (no to a proposal, abysmal royalties), or even the most anticipatory times, such as the week before going to a conference (when I had nothing to wear, was fat, and knew no one would want to talk to me).

Then last night happened. When throughout the dream, I was not myself. I was an annoyed teenager whose mother was intent on running--and ruining!--my life. I didn't recognize anyone in the dream, but it took place in my house. At the end--I don't have cool dreams I remember in their entirety--I was standing in front of the TV, bound and determined that regardless of what my mother had said, I was going to watch the end of the show that was on. It was an episode of Tales of Wells Fargo.

I have no idea what that dream meant, but I've decided I'm going to pretend it was about writing simply because it made me wonder some things.


I have some goody bags left from Christmastime. I'll send one of these out to a commenter who answers any of these questions. And, while you're here, don't forget the January giveaway! Thanks for visiting.

***
Available for pre-order now! Only $1.99 for eight brand new stories from Christmas Town, Maine--just in time for Valentine's Day. 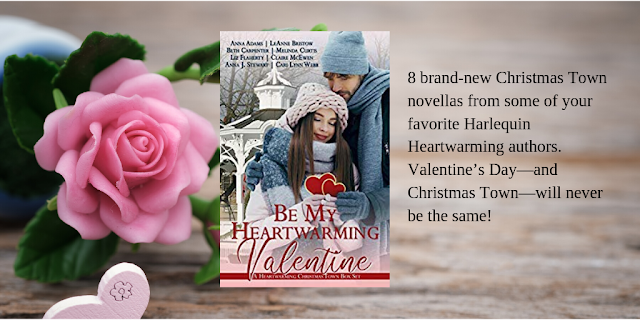