I am so jealous of my fellow Gems who have gardens to plant during this “stay home” time.

While I don’t miss much about having a house now that we’ve moved to a condo where all the maintenance is taken care of for us, I do miss having a garden.

My condo community offers little garden plots we can reserve, with reservations being open for about five minutes at dawn on a cold, rainy day in October for the following spring. Somehow I missed it.

So the Gems are busy with Romance in Bloom, and I’m trying to squeeze some gardening into a three room condo which at least has some East-facing, large windows and a screened in (very tiny) balcony.

One of my indoor gardening success stories is the rather frightening cactus that began as a small, six inch potted plant given to me for my birthday by my son several years ago. I’ve had many run-ins with this prickly plant. The worst occurred when I carried it to the sink intending to spray some water on its leaves, and I tilted it too far, sending it careening out of its pot. At which point, yes, I grabbed it! I spent several hours pulling needles out of my palms with tweezers, and I tried to follow advice to wrap a towel around it or use a deflated bicycle tire to pick it up. Nope. I managed to get the thing into a box and deliver it to a local florist, who, for extraordinary sums of money, re-potted it in a larger pot. Since we were moving at the time, my cactus remained at the florist for a while, thriving in the shop window. By the time I returned for it, the shop owner had grown quite fond of it, and it was almost as tall as I am. 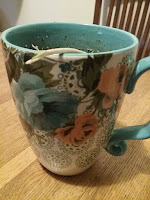 My other plants live on a rack in front of the window in a crazy jumble of leaves. I water them but I’m kind of afraid to get in there to sort out the tangled mess.

When faced with some garlic that had begun to sprout, I planted the cloves and was rewarded with some tasty sprout similar to scallions. They lasted until the untimely demise of my garlic garden.  Poor, droopy garlic! 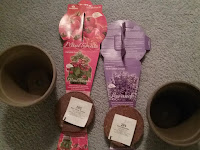 But I’m not giving up! I have high hopes for my latest gardening project—mini-tomatoes and a lavender plant that will, with any luck, grow very nicely on my screened in balcony. Let’s just hope they don’t meet the same fate as my garlic.

Our May giveaway and theme are in full swing. First Prize: $20, Second Prize: $15, and Third Prize $10, all paid in Amazon Gift Cards.


Best of Luck to everyone in the drawing! Click: Rafflecopter giveaway to enter!