On The Upside of Change! by Nancy Fraser #RomanceGems 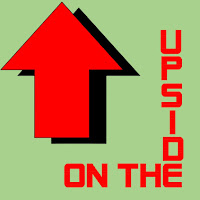 The first eight-and-a-half months of this year have been driven by change. Whether we wanted it or not. Change means different things to different people. For some, like myself, change isn't easy. I'm older, set in my ways, and don't like having to adjust unless it's on my own terms. Prior to 2020, if I didn't want to change, I just didn't. My life. My decision.

However, as much as we might want to deny it, the world has changed and we've had to either accept it, or become a hermit. Not that being a hermit is a far stretch for a writer. Most of us are introverts anyway.

What I've come to realize though--change can be a good thing. On the upside, change can force you out of your comfort zone, away from old habits that may, or may not, have been a good choice.

I miss not being able to shop when and where I want to shop. On the upside, I've saved a lot of money this year by not having the leisure time to make impulse purchases.

I miss not being able to go out to a restaurant with my family or friends. Sure, most restaurants are open again, but the experience isn't the same. There's no joking with your server, no lounging around afterward, having that extra coffee or drink, and just gabbing. Now, it's get in, eat, get out. On the upside, I'm eating healthier than I was before. And, I've rediscovered my love of cooking.

I miss seeing my grandchildren as often as I used to. On the upside, they've learned to become more independent. They've learned how to study properly online, and how to entertain themselves. AND, like the shorter grocery runs ... it's saved Grandma a lot of money! 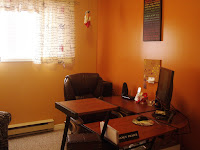 As I'd mentioned in a couple of posts earlier this year, I chose to hibernate for the first three months, because I can't do the flu shot. Consequently, I've been in insolation longer than everyone else. By the end of April, I was sick of the color of the walls, my new flooring, and even the curtains I'd purchased in the fall. I wanted to call in the professionals to paint my entire condo. Unfortunately, outside contractors were forbidden except in cases of emergency. Apparently, painting over my beautiful gold and burnt orange walls was NOT considered an emergency.

On the upside of being confined, I could no longer procrastinate on my writing. It was the only thing keeping me (relatively) sane. So, I made myself a plan. A very simple, easy-to-achieve plan. Yeah...like that was going to last!

The year droned on and became increasingly busy...almost to the point of making me grateful for the confinement. Almost...but not quite. I'm still too busy, but I'm loving it. I'm having a great time promoting my first indie release, D*mn Near Perfect, that came out last month, I'm overseeing a group project that's running smoothly (so far), and...guess what...I've got ANOTHER Book Birthday tomorrow. 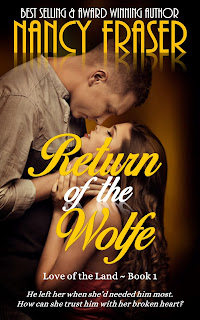 Ever since she was a teenager, Sarah Tremayne wanted one thing and one thing only—to be a park ranger at Big Bear National Park in Bear Lake, Wisconsin. Her dream was always to work along side her ranger brother, Brent, and be the first brother-sister team in department history.

Matthew Wolfe is also a ranger and Brent’s best friend. He tolerated Sarah when she was a gangly teen following him around the park like a lost puppy. However, as Sarah blossomed so did his desire.

Just as they’re exploring their mutual attraction, a tragic accident pulls them apart.

Four years have passed and Matthew is returning to Big Bear as the man in charge. Will he and Sarah be able to mend their ragged fences and rediscover what they once had? Or, will Sarah’s pain and anger force her away from Big Bear, and Matt, forever?

Here are the Universal Links so you can find it on a platform of your choice!

And, don't forget to try your hand at the Jigsaw Puzzle of my cover!

I'm pretty sure I hear my calendar calling me, so I'm out of here until next month. Until then, please stay safe, stay healthy, stay happy, and stay well read.