TV Shows That Were Canceled Before Their Time by Laura Hunsaker

Recently I was chatting with a friend about my new obsession: Lucifer on Netflix. Why oh why didn't I start this sooner! Which reminded me that's exactly what I said about Galavant, I mean seriously, why didn't I start that show sooner?
Which led us to the topic of TV shows that were cancelled before I even got into them. I'm behind the times I guess!
So, which TV shows were canceled before their time?
I've heard a lot of people are still salty about Firefly, Sleepy Hollow, and Veronica Mars.

For me I only have a couple:
Moonlight- A Vampire and an investigative journalist...how did this show not get more seasons?

Pitch- I'm not even a baseball fan and I loved this show!

and Galavant. Oh Galavant. How I love thee. It's a musical comedy show with the Amazing Alan Menkin as the songwriter! My goodness what a fun show!

Lucifer lives on still ;) And I'm binge-watching this weekend!

So how about you? Which shows are you still sad about not getting another season?
And if you want to see what is getting another "season"...it's my Fatal Instinct series. I'm almost finished with my third story, but you can grab the latest in the Last Chance Beach: Summer's End box set on Amazon. 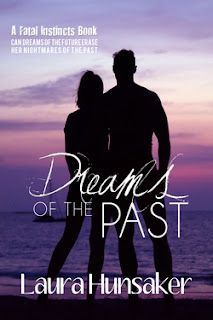 Jenny Travers wants a fresh start. Leaving the nightmares of her past behind her, she heads to Last Chance Beach. Renting the Sea Glass Cottage sounds peaceful and relaxing, which is exactly what she needs.

What she doesn’t need is a man.

Lieutenant Commander Scott Gordon was injured by an IED on his last mission, and while his leg has healed, it’ll never be strong enough to stay on his SEAL team. Renting the Sea Glass Cottage sounds like the perfect place to figure out how he’s going to handle his new normal.

He never expected to find a woman in his bed.

A mix-up at the rental agency means Jenny and Scott are both renting the small cottage. Sharing a space with a stranger should be hard, yet they both feel more at peace than they have in months.

Will their summer romance last, or is the magic of Sea Glass Cottage all they’ll have… 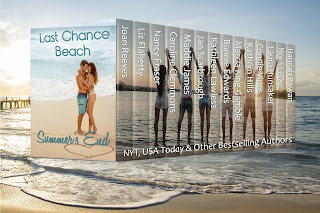