Mercury Goes Retrograde: The Return of an Old Flame or Truth Bombs? by Connie Vines

From October 31 to November 20, messenger planet Mercury will be traveling retrograde through Scorpio. Trick or treat? The cosmic trickster will certain have some surprises up his sleeve. The truth inevitably comes boiling to the surface during this phase, as mysteries reveal and skeletons tumble out of the closets. 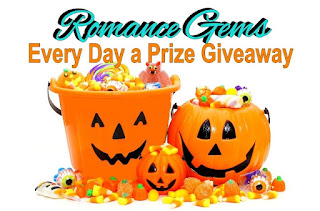 
Brace yourself for breakdowns: Communication planet Mercury turns retrograde in Scorpio from October 31 to November 20, 2019. Truth bombs, travel snags and technology hiccups are on the horizon

In her book, Retrograde Planets: Traversing the Inner Landscape, Erin Sullivan (1992) states that, retrogression is the period of time during which a planet in our solar system appears to be moving backwards as we see it against the fixed backdrop of the stars.

This means Mercury retrograde is an optical illusion.

Perhaps, an optical illusion, but it certainly manifests in my reality. Especially if your birth sign is either Gemini or Virgo.  Both of these Sun Signs are ruled by Mercury. I can vouch for the ‘Oh, no!” factor.  I’ve already had a head-start on the Halloween event.

This is because Mercury retrograde also has what’s called a “shadow period” (which we explain in this post), so you may feel the “retroshade” a couple of weeks before and after the official Mercury retrograde dates. Great, right?

It's the little things in life. . .people yelling at me (why? Who knows); people following me around telling me their troubles and insisting I help them (do I look like a construction contractor to you?).  A final edit of three chapters went blip on the computer screen and disappeared (I’m the woman who backs up on c: drive, a storage drive, and saves to a thumb drive).  A student (accidentally) smacked me on left shin with his skateboard (inside the office).  Every pot of coffee I’ve made this week has resulted in coffee grounds in the carafe (I’m banned from appliance until further notice).

I know, none of these events have been life-threatening, nor have they been part of my usual daily routine, either.

I’m searching for spiders under everything.  I’m covered with mosquito welts. My normally organized purse, has become a worm-hole where important documents go missing, my tethered car keys attach my fingertips, Starbucks gets my coffee order wrong (completely, scary wrong) well, you get the idea…I’ve developed Retrograde Paranoia.

What can you do to lessen the effect?  How do you prepare for this signal-jamming cycle?

Mental Mercury also rules the transfer of information, and it’s wise to password-protect all sensitive data and back it up to the cloud. Since Mercury retrograde can disrupt technology, take special precautions with your digital data. Back up all your important files and photos to the cloud. Mercury rules contracts, so think before you ink any deals. Either wrap up important negotiations before the cycle starts, or wait to sign documents until after Mercury goes direct.

Pro tip: To play it extra safe during Mercury’s backspin, keep beverages far away from your computer; this is the time when you could knock over a cup of coffee onto your keyboard or laptop. These are mistakes that can be avoided with a little extra caution until Mercury stations direct.

Try not to start anything new. Focus on activities that start with the prefix “re-,” which means to go back. Review all your contracts before you sign. Renew your commitments, rather than making new ones. Prepare to repeat yourself often. Reunite with old friends. Redecorate a room. Rekindle a romance.

That last one should be taken with caution. Mercury retrograde CAN bring back an old flame, but often it’s for the purpose of closure, not necessarily because this is the “one that got away.” Don’t be surprised if you get a Facebook friend request from someone you dated ages ago or a forgotten childhood friend. We’ve bumped into long-lost friends (and loves) on the street during Mercury retrograde. Strange times!

Do…
1. Review all contracts and legal documents before signing.
2. Pause and breathe before speaking. (Repeat yourself if necessary!)
3. Read all emails and documents before you send.
4. Insure/track important mail and packages (Mercury rules the postal system).
5. Get your vehicles (or bikes) tuned up, pack an emergency roadside kit.
6. Leave early for any travel and appointments, since Mercury Rx can delay flights.
7. Renew your commitments instead of making new ones.
8. Focus on the prefix re-, which means to go backward (renew, review, revamp, redecorate, et al.)
9. Plan reunions with old friends & loved ones (but prepare for possible mishaps!)
10. Expect to hear from/run into people from your past at the weirdest moments.
11. Get sentimental. Reconnect with your roots, walk down memory lane.
12. Practice forgiveness. Finish processing what’s unresolved so you can let it go.
13. Confirm all dates, plans, meetings, appointments.
14. Think of the retrograde as a quarterly review period, a chance to pause and finish what you’ve started.
15. Back up your digital data (photos, contact lists, files) before the retrograde or ASAP if it’s started.

Try not to…
1. Buy new vehicles, electronic equipment, or gadgets (unless they come with a good return/repair policy).
2. Sign contracts without a thorough review (delay until Mercury turns direct if you can).
3. Fly off the handle or jump to conclusions if someone misunderstands you.
4. Run into the arms/bed of an ex without careful screening (Mercury reunions aren’t always meant to last).
5. Put anything sketchy into an email or text (you could hit “Reply All” or send to the wrong person!).
7. Leave late for flights or appointments.
8. Start anything new on top before finishing what’s ahead on the to-do list.
9. Lead people on, give mixed messages or believe everything you hear (actions speak louder than words).

The silver-lining
Mercury retrograde is a great opportunity to handle unfinished business. Most of us start a million things that we don’t complete, never realizing how much psychic clutter this creates. The retrograde is like a quarterly review. It’s a chance to tie up those loose ends and create a clear vision for the future.

Take advantage of it, and you’ll emerge fresh and ready when Mercury goes direct. As the cliché goes, what you resist persists. So, the more you can embrace chaos or a lack of control (and isn’t control an illusion, anyhow?), the better you’ll survive this cycle!

(FYI to fellow Geminis: it's Ouchie Time for us.)

Looking for a Halloween read? "Here Today, Zombie Tomorrow" Has just the right mix of Halloween, Fun, and Sass!