Coffee and Conversation with the #RomanceGems 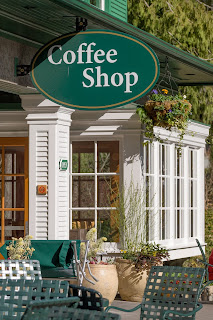 It's time for Coffee and Conversation with the Romance Gems! So, grab a cup of your favorite beverage and join us for some fun. This month's topic is: Super-cute, hilarious or heartwarming pet stories

We all LOVE our pets! Truth. So, during our “Dog Days of Summer” celebration, tell me… Do you have a pet story to share? Cat, dog, bird, rodent, reptile…
Let's talk pets!

"My grand-dog Neala is the most gentle, loving pet an owner could ask for. She has a habit of checking on the entire family at bedtime and won't settle down until she's seen to everyone's well-being, especially the granddaughter with asthma. She once refused to leave my daughter-in-law’s closed bedroom door until one of the girls opened it for her. It turned out, my D-i-L was having heart palpitations, shortness of breath, and couldn’t speak to call for help. She was rushed to the ER. Neala quite possibly saved her life." ~ Nancy Fraser 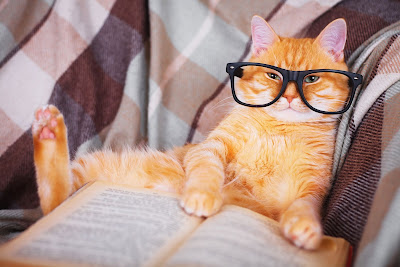 "I have two little pups, Jasper and Griffin. The latter is a rescue pup and instantly became fast friends with our mini dachshund.

"When we went to the shelter to meet Griffin, he would walk around this huge conference room and every square foot of floor he piddled on. He was so funny.... It was one of those moments, hubby fell in love and I thought, oh cripes, there go my floors. But it all worked out. He really was potty trained just nervous about making a good impression on his potential fur-ever home parents and brother.

"He was adopted over 6 years ago and life wouldn't be complete with him."
~ Lucinda Race

"We brought home a new addition to the family this month - an eight week old Shih Tzu we've named Lola. We drove twelve hours round trip in one day to get this feisty little girl, and she is worth it! Right now she weighs in at a whopping 2.5lbs! Lola joins our other two Shih Tzus, Silas and Murphy, both four years old. The boy's initial excitement has turned to dismay, as Lola is two-and-a-half pounds of terror and loves to bite their tails (and ears, and ankles...) The humans in the house, on the other hand, are completely smitten. And exhausted!" ;) ~ Elsa Kurt 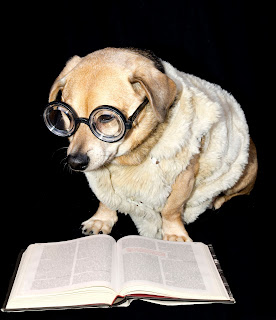 "Our sheltie, Stormy, has a half-brother, Mumford. He lives with my sister and brother-in-law. Stormy doesn’t like Mumford much, because he’s jumpy and playful, and she’s just too cool for that. One day we were pet sitting and while we were gone, Mumford got out. But not Stormy. I’m pretty sure she watched him work his way under the fence, and was like, 'Bye. See ya. Good riddance.' When we came back and saw what had happened, I promise she looked at us like, 'That boy’s stupid.”'(We found him.)" ~ Kara O'Neal

"Our Buckwheat was a black/white part-cocker spaniel. He was the most loving dog, and very protective. One weekend my husband was gone on a job and it was just me and Buckwheat. The whole weekend Buckwheat stayed awake. He didn't sleep and he was always alert, ‘Woofing’ at a leaf that falls from the tree. It was so bad I couldn't even sleep at night because he would ‘Woof’ at everything. When my husband came home on Sunday, Buckwheat went to his favorite spot, and slept for almost twelve hours, as if I, kept him awake!" ~ Constance Bretes

"My daughter came home from college for Thanksgiving. I met her at the door. She looked a little nervous. 'Mom,' she said. 'I brought a friend home with me who didn’t have a place to go for Thanksgiving.' I took a deep breath, my mind racing with where I could fix a bed for the person to sleep. 'Bring her in,' I said. I couldn’t turn down my daughter home from college. When she came back from her car, she handed me a small torti cat with long hair and an orange stripe down her nose. 'Gloria!' I said and took the cat into my arms and loved her for the rest of her life. Why I immediately named her Gloria, I’ll never know." ~ Jan Scarbrough

"It’s tough to pick one story, yet one dog – a sweet, old Dachshund we named Elsa – will always hold a special place in our hearts. She came to us as a rescue with nothing known of her past. Often floundering for answers to why she behaved certain ways, we were stunned by her love of wearing clothes. This little lady would not set foot outside on a chilly day without her coat. It didn’t stop there. Hats, costumes…she proudly wore them all! Someone had dressed sweet Elsa up, and she wasn’t giving up her diva status." ~ Kathryn Hills 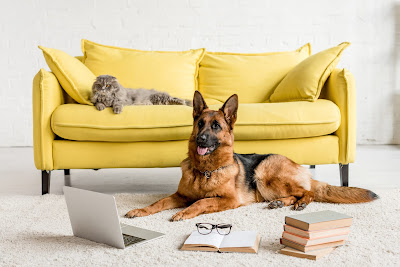 “Here's a story about my cat and pit bull featured on my Love in a Pawn Shop cover. Sage was a pretty calico cat with attitude. She was small and delicate looking and a holy terror with our pit bull. She refused to share a patch of sunshine, would entice him over to play and then hook a nail into his lip and pull it away from his teeth to hold him hostage. When Sage was gone and we got Oscar, a calm, sweet-natured orange tabby, the pit bull took years to trust him. Hard lessons never forgotten. But it sure was a lot of fun to watch.”
~ Bonnie Edwards

"When we visited with our son and his family for a few weeks, I fell in love with their new puppy, Huck. 1/2 Black Lab and 1/2 Great Pyrenees. He was the inspiration for Flock You! My romantic comedy." ~ Karen Kelly

“One of our Westies was chosen to star as Maggie on the popular Cesar’s dog food commercial. In the ad, viewers see the dog excitedly dive into the bowl of food, the idea being ‘look how much the dog loves it!’ In actual fact, the producers hide pieces of cheese just under the food, around the edge of the bowl so it’s not visible to the camera. Dogs love cheese. Not so much the Cesar’s.” ~ Kathleen Lawless

"My nieces loved our collie mix, Mort, as much as I did, but he wasn’t nearly as fond of them. He tended to snap at two-year-old Karen. My sister got upset and so did my mother, and she told my brother and me that the dog would have to go. My brother and I, aged 12 and eight, said that since Mort was there first, we thought Karen should go instead. In the end, we kept them both, but it was touch and go there for a while. ~ Liz Flaherty

Okay, it's your turn to join the conversation! Add your comments below or send via email through the "contact us” link on the bottom of the left sidebar. You can also make suggestions on what you'd like to discuss here in the future.

Surprise addition to this month's topic! Some Gems are sharing their personal pet pictures over on Facebook. Here's a link to our Romance Gems Facebook Group if you'd like to see. Maybe even share some of your favorite pet stories and pics there in "Comments."

Thanks for joining us!