Nobody over 65... by Liz Flaherty #RomanceGems

I don't know if it's because my birthday was several weeks back or if this month has been a time of loss and grief for my family or if it's just the natural progression of things, but there it is.

I am behind. And I'll probably never catch up. I may as well get rid of all those Chapter Ones I've saved, because they'll likely never proceed to Chapter Two. I need to lessen the mess that will be left for my loved ones when I'm gone. Get rid of all the size 10s I'll never wear again.

I need to catch up.

But this week I saw a meme on Facebook. (I might not be so far behind if I spent less time there, but that's a thought for another day.) And I thought all kinds of things, none of them printable or repeatable. "You rotten little weasel" was a pretty kind one. 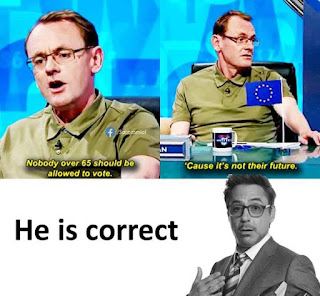 It made me think that being behind isn't such a big deal. Keeping up is a goal, but it won't be the first one I didn't achieve. Catching up? Meh. Maybe. And maybe not. 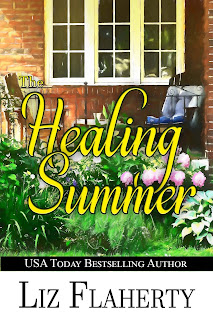 When Steven Elliott accidentally rides his bike into Carol Whitney's car at the cemetery, their out-of-control lives take on new and exciting possibilities. Long friendship wends its way into something deeper and feelings neither of them expected to experience again enrich their days and nights. But what will happen when the long summer ends and Steven leaves their hometown to once again take up his prestigious career as a cardiothoracic surgeon and Carol loses the dream of the family, commitment, and future that she's allowed herself to want?

Life gets in the way before either Steven or Carol are ready, and they wonder if their romance will fade and fall with the leaves when hot days turn to the briskness of autumn.