This time of year makes me nostalgic. I remember being a child and going off to school in my new dress and new shoes and wishing I could stay home. (I was extremely shy.) I would have preferred being in my own home and yard so I could pretend I was riding the range with Roy Rogers. 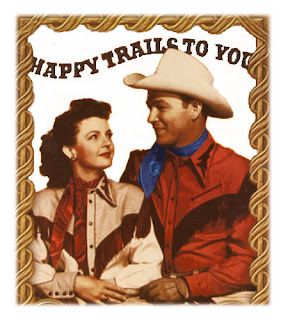 In my young mind, I planned to marry Roy when I was grown. Of course, he would magically have remained the same age while I grew older. Imagine my heartbreak when I learned he had long ago married Dale Evans. From then on, Dale was along on my imaginary rides to help Roy round up rustlers and bank robbers.

When I was seven we moved back to Texas. I hated leaving our relatives in California but I was so excited about Texas. I knew I'd see cowboys riding their horses. Nope, we settled in an area of cotton farms and maize fields. After a couple of months to get settled in West Texas, we drove to Oklahoma to see my grandmother.

The trip took us through ranch country. My father kept telling me that Roy Rogers and other cowboys like him were only in the movies and that I was not going to see them even though we were in Texas. We were driving along and there, on the left, was a roundup. Cowboys riding horses, throwing ropes, just as I'd imagined. Poor Dad. 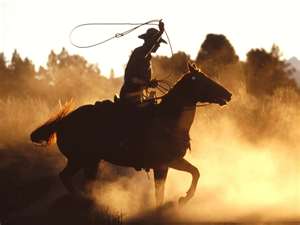 When our eldest daughter prepared for grad school, she and her sister drove down to look for an apartment. She had told me all the things this apartment needed to have, including a dishwasher and an extra bedroom to function as a study and a fenced back yard for her dogs. I insisted that for what she could afford, she would not find an apartment like she wanted. You know what happened, right?

After viewing miserable choices, she was discouraged. Then, she found this perfect duplex with all her requirements. What's more, it was on a quiet cul de sac and was well maintained. When she returned home she was understandably excited.

Her sister confided that it's a good thing she found that apartment because the eldest--who doesn't like shopping of any kind--was tired of looking and would have taken the next choice regardless of the condition.

I'm sure all parents can identify. Never say never to your child. The word will come back to bite you.

I still love and live in the West and have my own Hero. However, I've deserted Roy and would rather watch and listen to another movie cowboy. 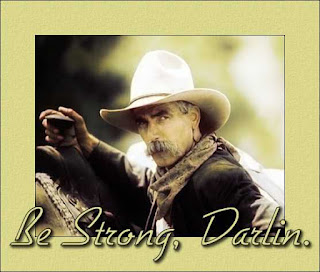