Since I’m into my third decade as a published author and have achieved a fair bit of success, a lot of people ask me what are the keys to a successful career in writing romance. Up to this point I’ve been able to tell them that I’ve never had to do ANY promotion or paid advertising, other than being fortunate enough to get an occasional Featured Deal on BookBub. That, however, in the current publishing climate will have to change. I am going to have to learn how to do ads, but that’s a whole 'nother blog.

But I think I do have a few words of advice.

When I made my first sale to Harlequin Historical and my next to Precious Gems Historical, writing stand-alones was still okay, but around the turn of the millennium, the publishing industry, and romance in particular, began clamoring for connected stories.

Now that I wear a publishing hat as an indie author and can see my sales every day, I know my readers are almost exclusively interested only in series. My historical series are The Brides of Bath (6 titles), BrazenBrides (5 title I own, 1 owned by Harlequin-different packaging), House ofHaverstock (4 titles) Regent Mysteries (4 titles) Lords of Eton (3 ½ titles). 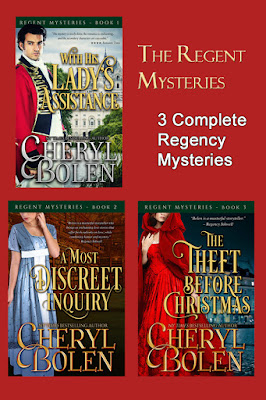 I hear authors all time talking about social media and promotion and a gazillion things that take their time away from writing. My number one priority has always been to get out the next book. I believe that’s the best thing an author can do to build her career.

Nothing moves the needle on sales like a new release. You not only get the sales from the new book, but it generates sales throughout the series. Then, of course, if readers like your voice, they start buying your backlist. There are also the eRetailers’ algorithms that get tripped on when your new release makes a list like Hot New Releases. These will give your book more visibility on the site, which in turn can lead to more sales.

There are a lot of great authors out there who write great books while blogging and interacting on social media and doing lots of non-writing stuff. They’re just a lot better at time management than I am, I suppose. (But I am pretty disciplined.)

Write in the Same Genre

All of us get tired of writing in the same world. It’s perfectly natural to want to branch out with our writing. Natural and fun. Just don’t expect the readers to follow you. I know. I’ve sold hundreds of thousands of historicals. But when I published five books in romantic suspense, my first love—the genre I started writing in when I was 21 years old (but didn’t sell then)—almost none of my fans followed, no matter how good the books’ reviews were.

There’s no getting around it. Some authors have good luck, some don’t. When I wrote for New York, I was besieged with continuous bad luck and thought I’d never have good luck. I had two lines close. I lost a beloved editor. I was dropped by a publisher. My advances were low. I couldn’t get an agent to take me on even though my books won awards and my sales were good. My publisher sat on my proposal for two years—twice—while other authors in the same house who came after me were getting contracts.

Then my fortunes had a complete reversal when indie publishing hit its glory year in 2011, and I’ve been basking in good luck ever since. Twice I’ve made the USA Today list on two single titles.

My hope is that good luck attaches to each of you.

Now I need to learn how to advertise in order to continue to stay successful in the next decade.—Cheryl Bolen has just completed her 41st romance, a Christmas novella titled His Lady Deceived in The Deceived Series.