The Montana Ranchers Series: Collaboration Can Be Fun by Jan Scarbrough #RomanceGems 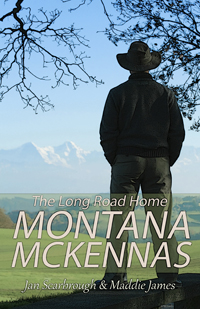 “They were all one big family, after all. Blended by kinship and friendship. And love.”

Maddie James and I go back a long way—back to our Kensington Precious Gems days and amusing paperback book signings at Walmart (where men and women pushing shopping carts looked at us like we had two heads each). 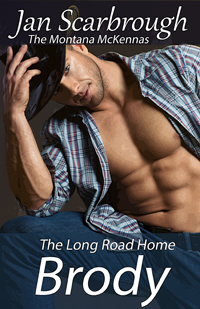 When Maddie suggested we write a contemporary Western series together, I was in. Over time, we developed the idea of a Montana family complete with a patriarch, James, and his second wife Liz. The stories for the MontanaRanchers Series are set on the fictitious McKenna Ranch in Montana, near Yellowstone National Park.

I was tasked with writing the first book about stepbrother Brody, a Professional Bull Rider. Then Maddie wrote about James’ children by his first wife—Callie and Parker. The end of the four-book series was to be the story of Mercer, James and Liz’s daughter together.

As things go, our ideas grew, and we decided to write a prequel to the whole series that would be free. It would set up the series by telling the story of how James and Liz met.

Here’s the fun part. We wrote the Montana McKenna’s Prequel one chapter at a time. Maddie wrote the first one. I followed, dropping a bomb at the end of chapter two that Maddie had to deal with. We had a general agreement about where we were going with the story—a happily-ever-after ending—but we didn’t know how we were going to get there. 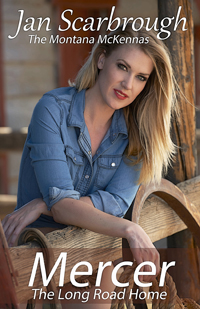 Mercer finally finished and published, I took a look at all the characters. Poor James had died. That’s part of the original story, leaving Liz a widow. Everyone had a happily-ever-after ending except poor Liz. What to do? Give her one! Go to my website to see how fifty-five-year-old Liz gets her happy ending.

Home for theHolidays, Book 7, is the story of a loyal wrangler Hank, who will get his own happily-ever-after ending soon in Ghost Mountain Ranch.

Maddie has a spin-off series based upon TheMontana Ranchers called TheParker Ranches, Inc. by Maddie James.

My Ghost Mountain Ranch Series is in the works. 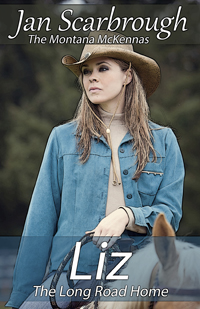 Don't forget to enter our August Rafflecopter Giveaway. We are celebrating The Dog Days of Summer with great prizes as well as free books. Check out our Giveaway Tab above for complete information.

You can also reach the entry form by clicking HERE.
at Wednesday, August 07, 2019