SOUNDS OF SUMMERS PAST By Kathleen Lawless @kathleenlawless 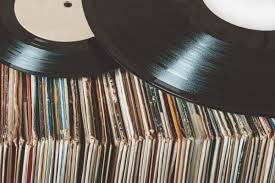 One thing I always remember about summers past is the music and the mood those songs evoke of the times whenever I revisit them.  At the serious risk of dating myself, I’ve put together a list of some of my favorite summer songs.

I think my earliest summer music memories is thanks to my parents, who moved some clunky wooden speaker outside so they could listen to “Theme From A Summer Place”.  I still see my sunny, childhood front yard whenever I hear that song, of which there are many different versions.

In no particular order, some of my favorites include:

“Summer in the City” by the Lovin’ Spoonful.

“School’s Out” by Alice Cooper.

“Hot Fun in the Summertime” by Sly and the Family Stone.

“In the Summertime” by Mungo Jerry.

“Summer Breeze” by Seals and Croft.

“Here Comes the Sun” by The Beatles.

“All Summer Long” by Kid Rock.

“Crimson and Clover” by Tommy James and the Shondells.

“Steal My Sunshine” by Len.

“Boys of Summer,” by Don Henley.

July is a special month for romance as 2021 marks 10 years since the day Steel and I first met.  We’re celebrating with a trip to a decadent wine country spa that has been on my bucket list for years, and will include luxury spa treatments, wine tastings, plus the early addition of some sparkly bling to fancy up my pinkie finger.

Because summer beach reads are an important part of the season, I’m putting UNMASKED, my steamy historical with its eye-catching new cover, on sale today and tomorrow only for .99 cents.   https://www.amazon.com/dp/B07ZBL5271 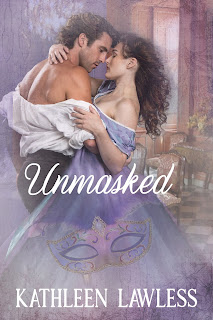 Aurora awoke at dusk, totally disoriented. In the west she could see the last fading pink fingers of the sunset, backlit by a faint golden glow.

How odd. She didn’t recall there being a blanket here when she first lay down, but she was cozily warm beneath one now. She touched it and discovered it was not a blanket at all, but a black velvet cloak. And lying on the pillow, next to the faint indentation from her head, was a matching velvet mask.

Aurora looked around wondering if she was alone, for the summerhouse’s corners were deeply shadowed, dark enough to keep secret the presence of another. Her heart crashed loudly beneath her ribs as she swung her legs over the side of the settee and stroked the black velvet mask.

Would all the guests be wearing them? Somehow she suspected that they would. And no one would know who anyone else was. Such an intriguing thought—total freedom to be whoever, whatever she wanted. A queen. A pharaoh. A courtesan. A powerful woman capable of driving a man to distraction.

She fondled the plush texture, rasped her nail across the eye cutouts, twined the satin ties around her forefinger. Finally, she gave in to temptation. She stood and positioned the mask across her features.

Aurora gasped as strong, capable hands took over for hers, securing the ties behind her head. Where had he come from? Had a stranger lingered in the shadows, watching her sleep, influencing her dreams? For she’d woken with a heavy throbbing need between her legs. Her skin prickled all over with supersensitivity, nerve endings tingling with exposure to something new and exciting in the air.

Like the man who stood behind her. His warm breath stirred her hair and pinpricks of awareness licked across her scalp, heightened by the brush of his fingers. He pushed her hair aside and touched his lips to her sensitive nape. Aurora trembled in reaction.

Silently he moved to stand before her, a dark phantom in a matching mask and cloak. “No names,” he said, his voice as muffled and indistinguishable as the dusk as he settled the garment across her shoulders. When he secured the toggle fastenings, the backs of his knuckles brushed her breasts in delicious slow motion. Throbbing heat simmered through her and she bit her lower lip, awash in the flood of sensation. If the accidental brush of his hands could stir her so, what would happen if he touched her with deliberate, knowing intent?

So which of the above songs are now stuck in your head?  Comment below to share some songs with us that trigger your summertime memories.