This One's For the Dogs by @AuthorElsaKurt #RomanceGems

Hello to the dog days of summer! 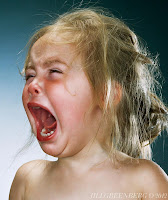 I know many people of summer by now, but it's my favorite season, so August can go as slowly as it wants in my book. In fact, if you're inclined to torture me all you need to do is post a pumpkin spice anything meme on my Facebook page. Please don't, though. I'll cry.

When I heard abou our theme, the Dog Days of Summer, the double meaning got me thinking of all the summers over my lifetime with our various dogs. (Not to mention the cats, fish, gerbils, rabbits, and hamsters.) Growing up around animals gave me a natural affinity and affection for them, so much so I can't imagine life without our furry brood. These days we have three Shih , the newest of which just came home on Monday and weighs a whopping 2.5 lbs. Her name is Lola (sing it, come on, I know you want to!)

My love for all things great and small led me to always expect that I'd grow up to work with animals in some capacity... but there were a few other career ideas, too. In no particular order, I wanted to be: 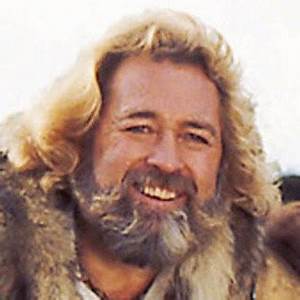 Let's just say one out of ten, folks. One out of ten. Although, in about four years, number six will sort of come to fruition. In fairness, I suppose a few of my great ideas were a bit... unrealistic. I can't sing. Too shy to act. Moderate art skills Wonder Woman, no elaboration needed. Same for Dr. Doolittle and Grizzly Adams'
of college - I married, had children, and was a stay-at-home mom. Sure, I could gone back to school, but that wasn't the choice I made. Bye-bye zookeeper job and veterinarian. All for the best, though. I can't even squash a bug, so there's no way I could ever euthanize 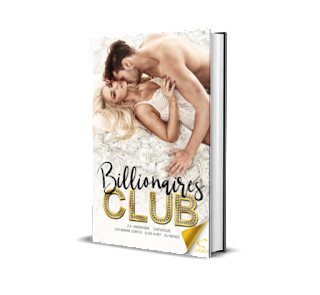 The story, though short, is complex, romantic, and sexy, and as a bonus, it features six Irish wolfhounds with unique names: John Wayne, Cary Grant, William Powell, Jimmy Stewart, Myrna Loy, and Kate Hepburn. Basically, I got to fulfill a bunch of  "I wish's" in one shot. It has a May-December romance (my favorite) dogs (lots of dogs) a billionaire (because why not?) and a job I'd dig (dog behaviorist).

Here's an excerpt from A Billion Reasons


Jenna slung her battered duffel bag over her tan, too thin shoulder and hopped off the last gritty step of the Greyhound bus. Her dark brown cowboy boots kicked up a cloud of burnt sienna dust. She grinned and shook her head. That sure isn’t city dust. She slid a black hair elastic off her wrist and whipped her long, pale-blonde hair into a quick ponytail as the bus door closed with a hydraulic hiss and lumbered away.
Her eyes swept over the acres of green grass, manicured shrubs, the horses grazing in the distance, and a lake peeking out from between the trunks of tall evergreen trees. All under an endless blue sky, unobstructed by skyscrapers. Jenna took a deep breath, letting the clean air fill her lungs. Then she promptly began coughing. Apparently, her city lungs were rejecting the fresh country air.
Someone to meet her at the bus stop—a groundskeeper or some other hired help—but she was alone by the winding dirt road.  Jenna sighed and squinted at the speck of white in the distance. Estates. Her home for the next twelve weeks... unless she got caught out as a fraud.  If that happened, then... No, don't think about that. It'll be fine. Dog Behaviorist. Please, how hard could it be?
Anyhow, she hadn't completely lied on the application. Okay, dog walker might be a bit of a stretch from dog behaviorist. But with a little help from the internet and a fancy looking—albeit fake—certification award, Jenna thought she could pull it off.
She cupped her hand against her forehead and took another sweeping look across the estate.  A tree-lined, pea-gravel road branched off from the main road and wound a meandering path to the great house. She guessed it to be maybe a mile or so away. Nothing for a professional dog walker. I mean dog behaviorist.
’d not factored in the blazing ninety-degree heat and one hundred percent humidity. Or the lack of skyscrapers for shade. Crap. Jenna dropped her duffel on a small patch of grass by the road, took a quick glance around, and peeled off her semi-sheer blouse. Then she rummaged around inside her bag for a tank top. Her arms were through the holes, and her head bowed when a deep voice called out.
“There are facilities at the main house, you know.”
Jenna froze, then hurriedly pull the top on. “What the hell—” In her haste, she yanked the elastic halfway out of her hair and had pulled the tank top on backward. She straightened, squinted around, and found the source of the voice. It was a ruggedly handsome, older man. Jenna guessed him to be in his mid-forties. Or a well-aged fifty. Jenna eyed him coolly. Damn, even the help dressed nicely here. Shit. Jenna’s worn-out duffel held a meager array of shorts, tank tops, bathing suit, vintage tees, one dress, and her undergarments. Her purse her all her otherworldly goods—toothbrush and toothpaste, mascara, one tube of plum spice lipstick, and seventy-seven dollars. Oh, and half a pack of gum.
“You always sneak up on people like that?”
“No, Miss…”
“Maxwell. ,” she filled in. It was actually Jenna Caldwell, but he didn’t need to know that. The less anyone around here knew about Jenna, the better.
“Yes. , professional dog behaviorist from New York City. I apologize. I was resting against that tree over there and, well, I fell asleep,” he said with a shrug. He glanced down at her bag. “Is that all you brought?”
“All I need.” She added her own shrug and hoped it looked nonchalant rather than embarrassed.
The man stared at Jenna for a long moment. A faint smile pulled at the corners of his mouth. “Right, then. Follow me, please. You don’t mind if we walk, I hope?”
“No, no, not at all.” Hundred-degree temps, four-hour bus ride… a mile-long walk sounds peachy. Jenna suddenly realized that he never introduced himself. “And you are…”
“You can call me Griff.” He said nothing more.
Griff. Okay, I guess that’s all I’m getting.
Jenna sighed. This guy wasn’t the first uppity staff-of-rich-people she’d ever dealt with. Mrs. Lannister in her fancy penthouse had a secretary named Johan who treated Jenna like a peasant. All while ironing Mrs. Lannister’s underwear, no less. Despite Johan and his snooty attitude, things had been going well for Jenna. The anonymity of the bustling, never sleeping city had caused her to lower her guard enough to make acquaintances, if not friends. Ophelia from the bodega set aside the best mangos for her. Abram at the coffee shop remembered just how she liked her coffee. Though she always kept her head down and cap on while walking the dogs, she began and wave to the regular faces she saw. She should known better. Familiarity breeds attachment. Attachment attracts questions, and questions attract trouble. Until she’d let her guard down, she’d weaved through New York like a ghost, unnoticeable in the sea of faces. Fake identifications, burner phones, library internet, and landlords who like cash. She’d lulled herself into believing that the city was perfect for anonymity—it was for nearly a year—but then she must gotten sloppy.
Out of the blue, a small white envelope arrived at the Lannister’s penthouse addressed to Jenna. Johan handed it to her with a sniff and a reminder that ‘Mrs. Lannister’s penthouse was not her personal post office.’ With shaking hands, Jenna tore open the seal and read the note.

Hello, .
Time to come home.
-yours always, Me

He’d found her again. Like a relentless wolf tracking a scent, or a feline stalking its prey, he was edging closer. Worst of all—he wanted her to know he was coming for her. Jenna felt a chill run down her back and shot a surreptitious glance at Griff to see if he’d noticed. He did. She spoke quickly before he could question her.
“So, Griff. What’s the boss ladylike?”
“Theboss lady?” Griff turned slightly, his brows drawn together.
“Yeah, owner of this grand upstate estate. Ha—that’s funny. Upstate estate, sounds funny, right?” Jenna laughed alone. Griff raised an eyebrow at her.
Okay, note to self. -looking, no sense of humor.
“What, may I ask, makes you believe the… boss is ?”
Jenna had a smart retort ready, then realized that all along she’d just assumed it was a woman. She halted. From her purse, she pulled the printout of their last email. It stated confirmation of her employment, details of the job, and the address. Signed: G. Pierce.

If I piqued your interest, you'll be happy to know this anthology featuring five intertwining stories is only99. You can pick it up on Amazon HERE. Thanks for stopping by & enjoy these lazy hazy days of summer (and stay cool!).


Don't forget to enter our August  Giveaway! We are celebrating The Dog Days of Summer with great prizes  free books. Check out our Giveaway Reach the entry form by clicking HERE.