As you've probably noticed, our theme for this month is Summer Days and Summer Nights.

Happy first day of summer. If you live in Texas as I do, you know summer heat began before today’s Solstice. Remember those old advertisements with the camel that said “Guess what day it is?” and then said “It’s hump day”? Think of today as Hump Day for 2020. The year is half over and from today forward, the days grow shorter and the nights longer.

This is a packed weekend. Today is my sweet husband, Hero’s, birthday. Tomorrow is Father’s Day. Hero was actually born on Father’s Day—a great gift for his dad. We tend to combine the two days. This year, after vowing to observe the stay home and stay safe rule, we are reneging and going out to lunch for Hero’s birthday. We’re going to his favorite restaurant and plan to be there when they open for an eleven o’clock meal. I called ahead and learned that they do practice social distancing with table assignments.

The other big thing that happened this weekend is that I have a new release. AN AGENT FOR JUDITH is a sweet western historical romance in the Pinkerton Matchmaker Series, book 77. This is a multi-author project that, as you can tell by the book number, has been very popular with readers. This is my third book in the series and I’ve enjoyed writing them. Each has a mystery or adventure of one kind or another. I especially love the cover for this one. 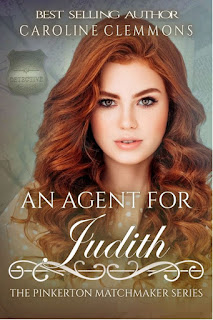 Judith McAdams has vowed to rescue her brother.
Peyton Knight is determined to protect his group.
Together they must outwit a cruel and powerful man.

Judith’s brother in New Mexico hasn’t been heard from since a letter saying he was being bedeviled by a neighbor who wanted his ranch. Judith wires the marshal to check on her brother. When he refuses, she goes to the Pinkerton Detective Agency in Denver. There she learns that as a civilian she can’t accompany a Pinkerton agent on a case. However, if she marries an agent she can become one, too.

Peyton values his job as a Pinkerton agent and is good at being a lawman. To keep the job he reluctantly agrees to a marriage of convenience to Judith. Together they will go to her brother’s rescue. Peyton is impressed with the beautiful and spirited redhead—if only she would admit he knows best. He even admires his mother-in-law but how did he end up with a civilian on their trip? At least he’s found three men he trusts to help him rescue the brother.

Their journey is filled with obstacles. Will Judith’s brother still be alive by the time they reach him? When they resolve the ranch issue, will Judith and Peyton part ways?

The Universal Amazon Link is https://mybook.to/Judith. The book is available as an ebook and in print and is enrolled in Kindle Unlimited. I just love a good romance, don’t you? I hope you said an enthusiastic yes!

Don’t forget the Rafflecopter below. (By the way, we do check to be sure the tasks checked have actually been performed.)

Have a lovely weekend. 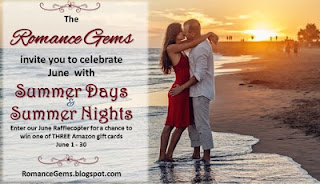 a Rafflecopter giveaway
at Saturday, June 20, 2020