What about Kindle Unlimited? by Cheryl Bolen

A few years ago, Amazon started offering a low-cost subscription plan for readers. For just $9.99 a month they could get unlimited books each month. The downside, for readers, is that almost no books from major publishing houses are offered in the program, and most of the books are written by self-published authors. Of course, many of these are very good books. And many of them sell phenomenally well.

What, then, are the advantages for the author?

New and unknown authors enrolled in KU may have a higher chance of discoverability for their books. Being in KU also gives them an opportunity to get more reviews. 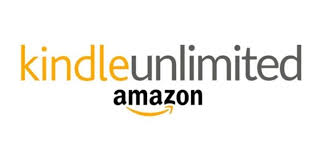 And, as mentioned, the most successful of the KU books can earn a lot of money. In early May (which did not compete with popular summer reads), I counted 89 of the top 100 books in my Regency category at Amazon were KU books.

Subsequently, those books were either being sold or were earning off of “page reads” at a very high rate. Authors get paid a little under half a cent for every page read. I have one friend who has all of her 30-plus books in KU and earns $30,000 a month—after paying a whopping amount for advertising on Amazon devices. (That figure does include her income from audio and print books, as well as foreign editions.)

I am told that all those authors who sell well spend a hefty amount on ads, but they wouldn’t be doing it were they not making a significant return on investment. I know several who spend over $10,000 a month on Amazon ads.

Another advantage to being in KU is the ability to have five free days in the 90-day contract period. Other selling perks like Kindle Countdowns are also offered exclusively to KU authors.

What are the disadvantages to the author?

Books enrolled in KU cannot be sold as eBooks anywhere except at Amazon. Also, they cannot be offered to libraries for digital downloads.

In the years I’ve indie published I’ve never made less than $20,000 annually from cumulative sales at the other online vendors: Barnes and Noble, Apple Books, Kobo, and Google Play together. Even though Amazon holds the lion’s share of readers, I hate to give up a solid income like that.
I’ve been told that to be successful in KU, all your books must be there, and you cannot go in and out. Stay there and give it a chance. This was an extremely successful strategy for indie medieval author Kathryn LeVeque, who for years has held top spots on Amazon bestseller lists.

I personally have never had good fortune with my half-hearted attempts to go into KU. Admittedly, I’ve never gone “all in.” I’ve tried stand-alone titles or series with less-than-stellar sales in an attempt to boost sales. It’s never worked for me. I could not justify taking all my 40-plus books out of wide distribution for paltry sales.

Also, I’ve never had good success with Amazon ads, and I’m not alone. Perhaps it’s just the historical genre, but I’ve talked to far more authors who had no luck with Amazon ads than to authors for whom AMS ads performed well. Authors at the higher echelon pay for a special Amazon marketing program where the minimum investment is $10,000 a month to advertise one book on one device.
While I’m not enthused about using KU, there is one exception. I put the German books for which I hold the rights (some 25 of them) in KU Germany. Every single one of them was a bestseller there, and every one of them earned an Amazon All Star bonus, the highest being around $6,000 for one month (when I had 3 million page reads).

While they’re still in KU Germany, page reads have dwindled because the books are now old, and my last bonus was six months ago.

I may look at KU differently at some point, but for now I’m staying in wide distribution.—Cheryl Bolen is the New York Times, USA Today bestselling author of more than 40 books, most of them set in Regency England. Her newest release is One Room at the Inn. You can find her on the internet at these locations:
Website          Facebook        Blog      Pinterest