Have you ever been haunted by something? Felt a pull so strong you had to give into it?
Years ago, when the children were young, probably about six- and eight-years-old, I insisted we take a family vacation. It was spring break and truly, I needed the departure from my students, and well, just from life. Bonus, the ocean was calling. Haunting me, perhaps. Odd thing because I’d never been to the east coast. That didn’t slow me down though or stop the melancholy feeling about going there.
I chose Nags Head in the Outer Banks (OBX) of North Carolina because the name of the town had always intrigued me. I stumbled across an ad for a reality company in an issue of Southern Living and called for details. Soon, we were set, and off we went.
Once there, I was entranced by the area, the people, the food, and the laid-back atmosphere. That was our first trip of many. Even after my husband and I divorced, I found ways to get there, be it spring, summer, or fall. The kids and I went one summer when they were teenagers. We had a yard sale to pay for a motel room and pooled all our dollars for other expenses. It was a quick, cheap trip but one of my most memorable. We ate sandwiches out of a cooler all week, swam in the ocean and the motel pool, and just chilled.
There have been other trips. We have stayed up and down the OBX from Corolla to Ocracoke Island and pretty much everywhere in between. A couple of times I went solo, which was fun, but I missed my people; other trips included extended family where we would rent a big beach house oceanside and just play all week. There was always one night of family putt-putt golf competition, and every family took a turn at making dinner for the entire crew. We always reserved at least one evening meal for the local seafood buffet.
A few times we went with my parents and my sister’s family. Once, we stayed just down the beach from the infamous Inn at Rodanthe, the house featured in the movie, Nights in Rodanthe. A more recent trip was with my offspring and their significant others and families, and one set of in-laws. My grown children and I also took another trip to OBX about ten years after the first cheap trip—but this time we rented a big old oceanfront Nags Header on the historic register. We had more money to spend, and if I remember correctly, we consumed quite a few rum popsicles. Adult children are fun! We also may or may not have encountered a ghost that week—fodder for a story perhaps?
And yes, this haunting of the ocean, this lure to the sea, and the OBX has been a source of writer inspiration for me and has influenced my stories and my muse. One cannot visit these barrier islands and not leave with a sense of the past, of pirates, of the colonies, of escape and intrigue, and perhaps even treasure hunting….
I’ve set one romantic suspense novel, A Perfect Escape, in the barrier islands, and a time-travel trilogy, The Forever Trilogy.
Let’s talk about the trilogy. Edward Teach aka Blackbeard called Ocracoke Island in the OBX home for some time. Around 1718 he wreaked havoc over the eastern coastline and then finally was beheaded in a battle at sea. The Governor of Virginia had ordered him stopped. Losing his head was the thing that stopped him. On the islands you can find many references to the infamous pirate and I found the pirate folklore fascinating. I dug in, read and researched a lot, and wrote my own version of the pirates that lived there.
That research turned into a trilogy of stories surrounding some legend and lore of Blackbeard’s missing head after he was decapitated—actually, the lore has more to do with a silver-plated cup that was supposedly created from his skull. Fun, huh?
I began writing this trilogy years ago, not long after my first trip to OBX, and I can say these characters haunted and consumed me for some time. The stories were originally crafted when I was still learning how to write—before I was a published author and nearly two decades before Indie publishing became a thing. A small publisher picked them up years ago, and I’ve since had the rights reverted to me.
Over the years—just as I kept returning to OBX—I have returned to these books and reworked and polished them. They have been reconfigured and retitled. I’m sure they are still not perfect—and that is okay with me. Most of my vacation trips to OBX were not “perfect” either, by some people’s standards, but they were memorable all the same.
I can only hope for that with any of the books I write—that readers think they are memorable.
The Forever Trilogy is this series centered around pirate lore. If you like history, pirates, suspense, time travel, paranormal elements, soul mates, and happily-ever-after endings, you might like these books. They are available at my online bookstore as well as all ebook retail outlets.
And while I have you, Jan Scarbrough and I write a western romance series and for ten days in June, we are offering the box set for 99 cents. I hope you check it out! Click for universal buy links—this one goes off sale on June 17.
Lastly, please don’t forget about our Summer Nights Rafflecopter Giveaway! Go HERE for details. Signup and I hope you win! 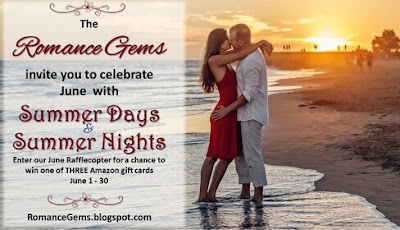 Maddie James writes to silence the people in her head—if only they wouldn’t all talk at once!

Her books are available at ALL RETAILERS and she also sells direct from her own online bookstore, SAND DUNE BOOKS (which is where you can find the deals and discounts!)
at Sunday, June 14, 2020