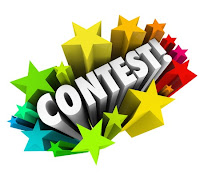 The May Rafflecopter just closed a few days ago. With over 8000 entries, it was our busiest month ever!

That's not to say it wasn't without a glitch or two. Apologies to those who had trouble posting comments on consecutive days. An error code caused two issues, the other was a time issue. Our Rafflecopter runs on Central Daylight Time, so for those of you who are supporting us by posting comments, please realize you can't comment on two different posts on the same day without setting off Rafflecopter's radar.

We also had another issue that comes up from time-to-time and, while it's not the norm, it is disappointing. When we draw the winning names, we also verify the winning task. For instance, if we pull a winner and the qualifying task was "posted a tweet about the blog", we go and look for the link provided. If it doesn't exist, or the link belongs to something else entirely, that entry is disqualified. The same goes with a winning task that requires you to "follow" someone on social media, Bookbub, or sign up for a newsletter. This month, we disqualified four winning entries because the task the entrant claimed did not exist.

As well, the rules on the Rafflecopter draw state: no more then two people allowed to claim entries on the same IP address. We had two different IP addresses using 10-20 different names each. All were disqualified. After disqualifications occurred, our actual total of entries was much closer to our normal count.

The Romance Gems have generously funded these giveaways. All we ask for in return is that you actually complete the task before claiming the entry and that you don't assume a half dozen aliases to do so.

Enough housekeeping rules. Let's get on with the announcements !!!

Congratulations to the winners! Thank you for your support.

June's contest began bright and early on the first of the month. Our promotion for Summer Days and Summer Nights includes both blog and individual author tasks, as well as Twitter and Trailer shares. We have suspended the "comment" task until we work out a few glitches. Hopefully, it will be back again next month. In the meantime, please keep commenting and interacting with our authors. You can never tell when one of them may give away a book just for the fun of it!

Until next month's results are in ... stay happy, stay healthy, stay safe! And keep reading!